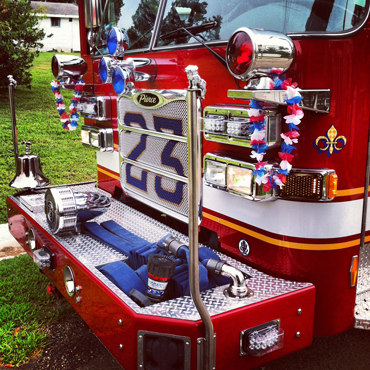 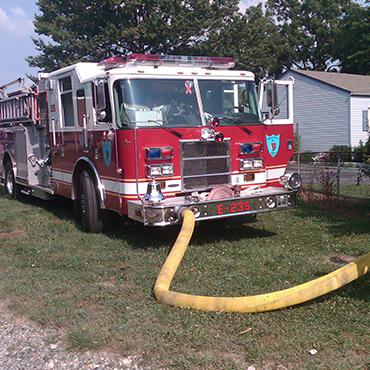 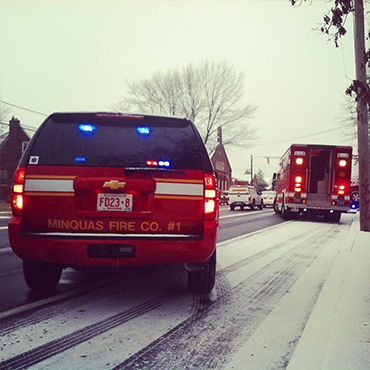 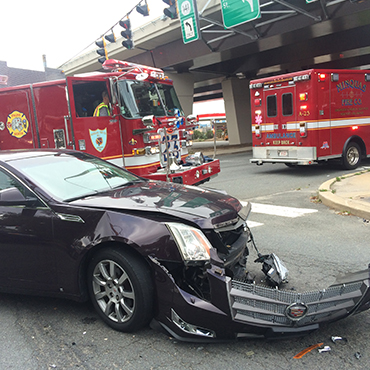 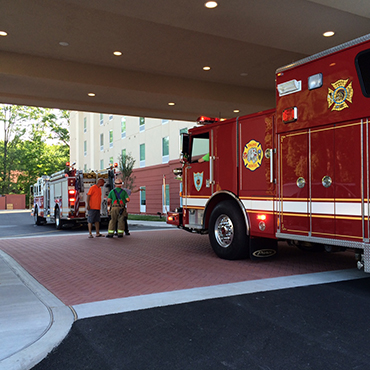 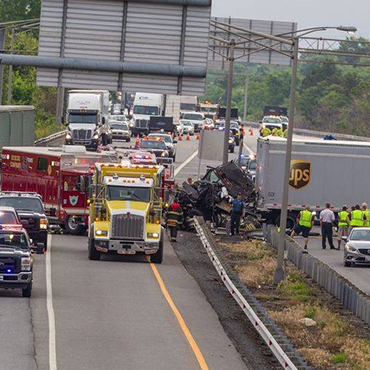 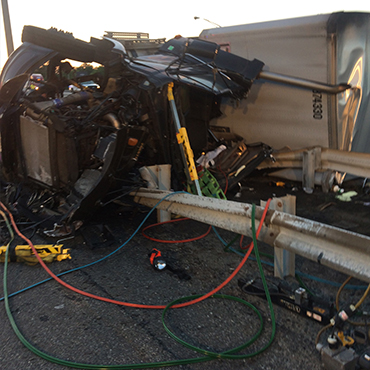 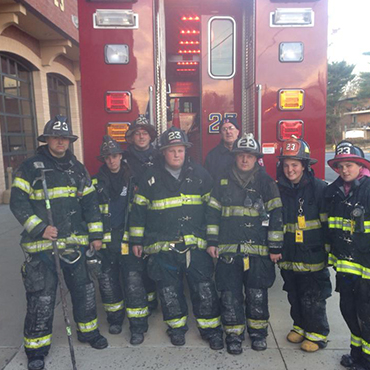 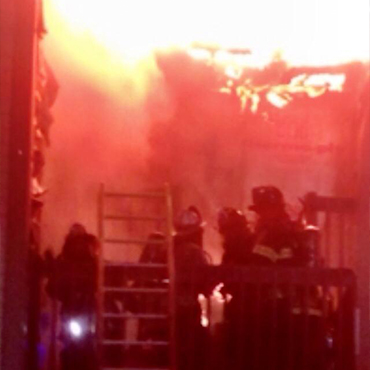 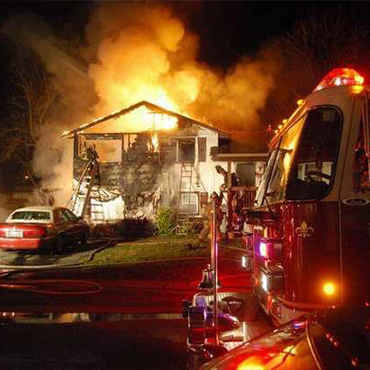 In the summer and fall of 1906, the Town of Newport was plagued by a rash of fires in a short period of time. Because there was no official fire department, the townspeople fought the fires rather unsuccessfully without proper equipment and organization.

On May 21, 1907, a group of citizens met and voted to organize a fire department. They decided to call it Nonesuch Fire Company after nearby Nonesuch Creek. Lt. Governor John M. Mendinhall suggested that the Company be called Minquas after the Indians that had settled along the banks of the Christina River. At the next meeting in June of 1907 the 68 original members voted to adopt the name Minquas Fire Company No. 1. The Company insignia is an Indian wearing a feather headdress.

Officers were not officially elected until January, 1908 when Howard P. Weldin became the first President and Thomas Bullen the first Chief.

The newly organized firemen purchased their first piece of apparatus from the Radnor Fire Company of Wayne, Pennsylvania for $1,000. It was a horse drawn chemical wagon equipped with two sixty gallon tanks, ladders, and other equipment. The horses that pulled the wagon were kept around the corner in a stable. The money to pay for the apparatus was raised by popular subscription. The apparatus was housed in December, 1908 with members of Radnor Fire Company as guests of honor and housing ceremonies conducted by Fame Fire Company of Wilmington.

The old chemical wagon was motorized in 1917 and remained in active service until 1925 when it was replaced by a new $6,500 truck equipped with a 600 gallon per minute rotary pump, two thirty-five gallon chemical tanks and ladders.

In 1949 a Mack Type 85 Truck with seven-man sedan cab was purchased for $14,500. It is equipped with a 750 gallon per minute Hale pump, A 500 gallon water tank, 40 foot, 3 section aluminum ladder, a twelve foot roof ladder, a ten foot utility ladder and other important equipment. One of only twelve that were made by Mack outside of New York City, the piece of equipment had been made to order for a New York State Fire Company who could not afford to purchase it and the Minquas Firemen became the buyers.

Until August 2005, the Minquas Firemen were still in their original firehouse which had been remodeled and expanded. The first engine room was converted into a TV lounge for the firefighters and was also the room where the trophies and important photographs were displayed. As far as we know, the firehouse was built in 1907 or shortly thereafter. The building expanded in 1950 at the cost of $25,000. A very attractive second floor was rented for parties and dances.

Our new station opened in August, 2005. It is located on the same property as the original station. The original station was demolished to make room for the new one. The station is a 24,000 square foot split face block building which includes two floors and a mezzanine level between the first floor and the second floor. There are nine bays on the first floor. There is also a Radio Room, EMS Office, Engineers Office, Fitness Room, Laundrey Room as well as several storage rooms. The mezzanine level contains additional storage areas, a walk in refrigerator and freezer, Security Room and men and women's bunk rooms. The third floor has administrative offices, Break room, TV room, Conference room and also has a multi-puirpose room which is used for weddings, parties, meetings, etc.

Motto: "We Go Where Duty Calls" 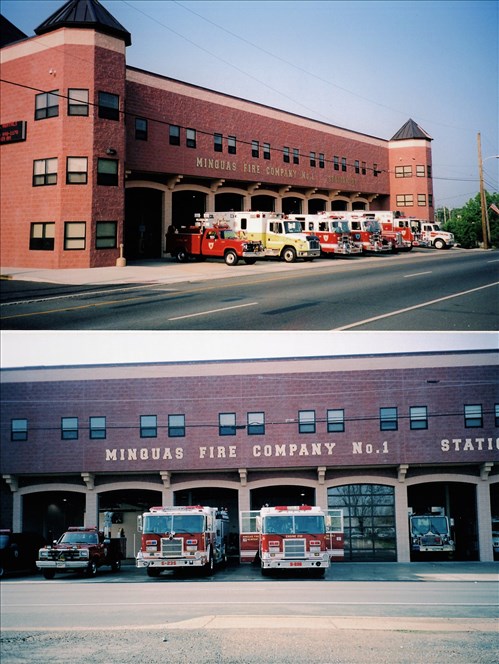 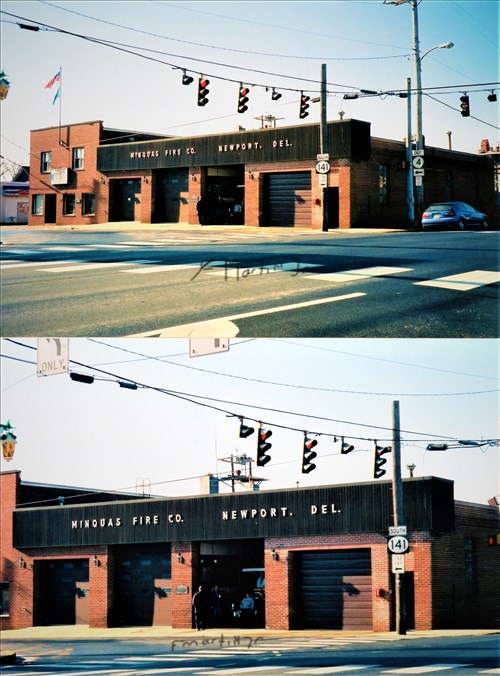 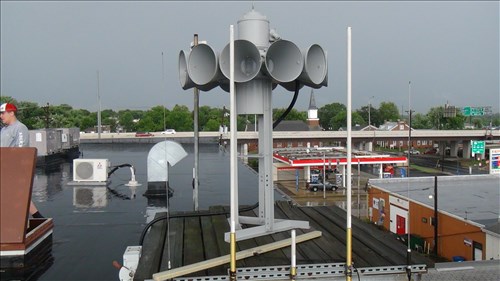